The Harrisons as hipsters 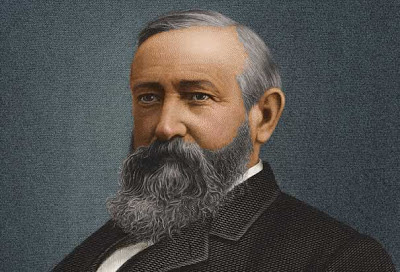 President William Henry Harrison had a grandson whom we know as President Benjamin Harrison. He was the last Civil War general elected president and he was, of course, a Republican. His attempt at a second term was frustrated by the great (I am tempted to say very great or all time greatest Democrat) Grover Cleveland.

It was my pleasure to work in an exotic locale with a friend named Benjamin Harrison III. His father had been an army general of the same name (but II) and it intrigued me that this distinguished presidential family did not harken back to their more ancient and eminent predecessor William Henry in naming conventions.

Ben and I had a friendship based on hard laughter. Our employer provided the material and it was up to us to come up with the punchlines. We were pretty good at crafting the required boffo. 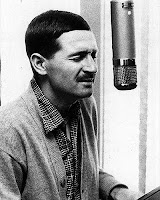 Somehow, the Harrisons had become Texans and Ben II, before he became a MG acted as the first ever manager for Mose Allison. I would list that above major general on my resume.

After Ben III married a beautiful Irish stewardess, he visited me stateside. We were on our way from Philly to New York on some roads located under overpasses in the city of brotherly love. Remember the French Connection chase scene and you'll have the idea. This was the early 1980s.

Our one-way street was blocked off with primitive barricades manned by children. The children were armed with toy guns. They challenged us and wanted baksheesh to allow passage.

Ben's comment was "Druze militia." Indeed. We knew what to do - we went into action mode, high speed backup, squealing tires, escaping turnoff, lots of laughs. Take that Walid Jumblatt. Through negligence or incompetence the children failed to kill us.

I hate when that happens.

Ran into some videos on YouTube of the band Benjamin Harrison III and I were on our way to see way back when. This appears to be the show we saw. Perk up if they pan the audience. If it's not to your taste, I would just say that the memories of old age can become a nuisance.

And you never know where presidential progeny may end up.