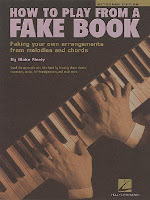 Now let us digress for a moment.
I myself am a "Lost Cause" skeptic being underwhelmed by the quality of historians trying to play at historiography here. The idea that there is an identifiable "Lost Cause" school of thought among post-war history writers is a proposition that needs arguments and proofs, not a grab bag of self-serving snippets from selected writings.
Through a careful editing of materials we can as easily construct a "Lost Cause" mythology as we can a "Lincoln's Virtues" mythology in which a school of history is assembled from Unionist writings that argue Lincoln's virtues were decisive in winning the war for the North.
There is no "Lincoln's Virtues" school of history any more than there is a "Lost Cause" school, but imagine that I write a book about how "Lincoln's virtues" provided a consistent theme in Northern post-war victory analysis. I "prove" with my scissors and paste pot that there is this "mythology" afoot.
To make this analogy complete, I then, in my book, attack Lincoln's supposed war-winning virtues. I create the "Lincoln's Virtues" school and then I debunk it. I travel the country decrying "these people" who continue to perpetrate "virtue myths."
I would be quite the fool.
How would you deal with my foolishness? Would you (a) attack criticism of Lincoln's virtues, arguing he was actually virtuous, or (b) do you attack me and the idea that there ever was such a school of thought?
If you answered (a) you are arguing with effects and not with the cause. So it is with the SCV in this story.
The profession of history needs a serious, historiographically sophisticated examination of the claim that there was such a thing as a "Lost Cause" school of history.
Nomenclature gets tricky here . The people who have posited a "Lost Cause"mythology should be called "Lost Cause" advocates: they promote the existence of something and they do that in the marketplace. Oddly, however, they imagine themselves to be discoverers rather than creators. And so, they are not Lost Causers in their own minds - they are Lost Cause debunkers. They debunk their own construct.
In the course of debunking the ideas they assembled and constructed, writers concerned with the "Lost Cause" naturally make claims or draw conclusions regarding reputations. And here we arrive at the news item that started this piece, for the SCV wants to fix a reputation affected by the debunking of a manufactured school of thought.
(You really do need to read a lot of Baudrillard to get through your Civil War day, my friends.)
So do we call the SCV "Lost Cause" debunkers, when the inventors and promoters of "Lost Cause" mythology are themselves its debunkers? Or can they be anti-debunkers without being pro "Lost Cause"?
Hello, I'm an anti-Lost Cause debunker. Hello, I'm in favor Lost Cause debunking. What a mess.
Send for the professionals. Get these pop-historians-cum-historiographers and their SCV playmates off our playground.