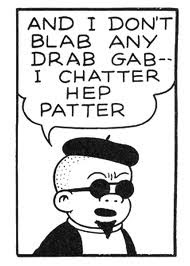 Once upon a time, the Princeton Internet Society (if that was its name - I was a member and don't remember) hosted an author talk, very well attended, on the obscure subject (then) of buying Web development services. As someone who transacted most of his Internet business on USENET in TIN with occasional recourse to GOPHER, I was interested.

But the author was obsessed, not with his topic, but in the negative reviews he had been collecting on this WWW site called Amazon. I might have been accessing Amazon with a MOSAIC browser at that point. Don't remember. Do remember how this author tried to finagle us into getting on Amazon to polish his apple.

The issue was that his publisher paid close attention to Amazon reviews. The publisher had this author on the run.

Couldn't help myself, had to look. Despite the complaints, the negative reviews were impeccable. Not enough substance. Too many generalities. Not enough how-to. Out-of-date.

Today, the "problem" of Amazon reviews persists but I don't know if it's a matter of publisher interest or author egos.

Those of us who sat in the boiling oil of USENET for however many years developed an insensitivity that is very useful in the realm of comments, reviews, hate mail, crank communications and all manner of vituperation.* I seriously doubt that today's authors could stand up to serious trolling (possible exception: USENET survivor Brooks Simpson).

You've been good enough to read this far and let me thank you with a couple of amazing links. The first was sent by a friend (h/t) and is (o/t) ACW-free. A certain lady novelist uses her husband to pounce on negative reviews that are not really too negative. The resulting drama suggests ego rather than publisher jitters.

The second link involves British novelists behaving badly by sock puppeting comments on Amazon. Hello USENET! It is difficult to say if this is a publisher appeasement program, a nasty trick on perceived rivals, or just another strain of I AM THE ARTIST foolishness.

p.s. Would it kill you to go on Amazon and write a few lines about your favorite or most hated ACW book?

* So why don't I allow comments? Because I have seen wheels spin, heat without light, strife without resolution, and foolishness without end.