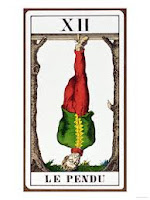 (1) You can win every battle in a campaign and still be portrayed as a loser.

(2) You can lose every battle in a campaign and be portrayed as a genius.

(3) Horrendous levels of straggling on both sides will NEVER be reported in history books, unless it is on one side to make the GENIUS look good.

(5) You can lead an army to victory in offensive operations 20 days after their defeat and still be considered a complete loser, if not a traitor.

(6) If your defeated army that won a victory on America's bloodiest day does not resume the offensive immediately after the battle, you will be branded a certified failure if not a traitor.

(7) If you order your fresh, reserve corps in pursuit of the defeated enemy two days after the bloodiest day in history, it will not be reported as a pursuit by historians.

(8) If the enemy organizes his army to repulse the corps-level pursuit, it will be reported as yet another pathetic failure by the loser.

(9) If you try to reorganize or refit after the bloodiest battle in American history, you will be labeled a shirker, a loser, a time-waster, a cry-baby.

(10) If you read histories of the Maryland campaign, you really have a whole lot of digging to do. A whole lot. And you will gain insight into the corrupt state of Civil War history, because these problems are not local to the East, nor to the AoP, nor to McClellan.