Some books bought or received. These have not been read yet and what follows are not reviews.

Robert E. Lee in War and Peace: The Photographic History of a Confederate and American Icon. Donald A. Hopkins presents a new study of Lee photographs in part to update and correct Roy Meredith's 1947 Robert E. Lee in Life and Legend. This is nice scholarship that presents, sources and discusses all surviving Lee imagery. At 216 pages, I have already spent at least two hours with it and have not started reading it yet. It's engrossing.

A Confederate Englishman: The Civil War Letters of Henry Wemyss Feilden. Early in his Confederate career (which starts in March, 1863), Henry Feilden notes that foreign volunteers like himself are often posted to staffs to see how they work out and if they are suited for more responsibility. He turns out to be condemned by his own insight, remaining in Charleston for the duration, left behind by Beauregard when the latter takes command at Petersburg. This is odd because Feilden is an experienced officer having served in the Black Watch during the Indian Mutiny and in an Indian regiment during the Second Opium War with China. His letters contain glimpses of Beauregard ("five minutes with him would make the crankiest person cheerful") and a long anecdote about Jackson but not much else that is military, not even sketches of HQ and the personalities passing through there. The abundance here is in descriptions of places (South Carolina, Georgia, Florida) and impressions of local people.

The Gettysburg Campaign in Numbers and Losses. Petruzzi and Stanley have produced a beautiful book to linger over. This is not a compendium of tables such Fox or Livermore compiled, but rather a color-rich collection of fascinating maps and pictures. It contains a difficulty, however: the numbers are based on David Petruzzi's personal research. They are given without further annotation or description. If the reader is comfortable with that, he is free to enjoy a beautiful example of the bookmaker's art.

A Field Guide to Gettysburg: Experiencing the Battlefield through Its History, Places, and People. Hard to know which co-author is the brains of the operation, Carol Reardon or Army historian Col. Tom Vossler, but this guidebook has averaged five stars over 25 reviews on Amazon. The geography of the tour is organized chronologically (as the battle unfolds). That's not new but the material is posted under headings that repeat in each section: who fought here, who commanded here, who lived here, etc. The linchpin is the opening "what happened here" accompanied by a colored map. Perhaps the "what happened" element has to be very specific but I found these sections to be wanting in context (the context of the development of the battle and the engagement's tactical rationale). In other words, the "why happened" is missing. The other shortcoming, it seems to me, lies in the directions. One part of the self-tour starts at Gen. Wadsworth's statue. Why am I expected to know where that is? Why are all the maps battle maps rather than tour charts or walking maps? But I am probably the least equipped to review tour guides, taking so few tours, and the evidence is in the warmth with which this has been received on Amazon.

Divided Loyalties: Kentucky's Struggle for Armed Neutrality in the Civil War. This book is so obviously necessary that author James Finck gets five stars just for writing it and I very much look forward to studying it. Perhaps he has restricted the scope too much (to "one state, one issue, and one year"), in which case this becomes a single part of a three-layer cake comprised of Hesseltine's "governor's war," CSA-USA diplomacy, and the national-Kentucky maneuvering. We shall see.

William Gilmore Simms's Unfinished Civil War: Consequences for a Southern Man of Letters. This is a collection of essays about Simms's work which causes me to wish I was more familiar with it. This book is not the place to start, as it assumes a level of knowledge which in my case is absent. Intriguing but perhaps too specialized. 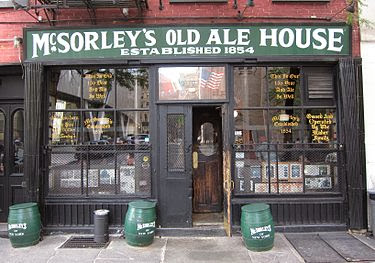 The Civil War Lover's Guide to New York City. This is the kind of book against which you match your personal experiences of place against their Civil War significance. Very interesting if you know NYC, especially downtown. Have you been to McSorley's Old Ale House - founded before the war, the owner enlisting in the 69th NYV? The houses of Scott, Sickles, Sherman, McClellan, et al - all here. Ft. Totten Officer's Club - designed by Robert E. Lee - yes, I had a drink there too. You get the idea; this, to me, is more an exercise in personal connections than a guidebook to uncover major ACW attractions. Enjoyable for ex- and current New Yorkers, well illustrated.

Lincoln's Political Generals by Work and Lincoln, the Cabinet, and the Generals by Hearn. I have long intended to carefully read these and review them in tandem but the level of effort does not seem equal to any reward. David Work proposes that Lincoln's political generals paid off overall, that they were worth the trouble. His unforgivable sin (you see this in specialist histories one after the other) is to accept the general pop history framework of the war as his foundational context. Thus, for instance, there is the usual ignorant moaning and groaning about a lack of junior ex-West Point officers to go around at a time when the New York state militia alone outnumbers the entire United States Army. Chester Hearn, for his part, has a negative take on political generals, as pop history understands them, and he does the low information reader the good deed of suggesting that key Northern generals had important Cabinet patrons who influenced their careers. Here Mr. Hearn has bit off more than he can chew, topically, and given Hearn's constricted and conventional views, the book spoils an important piece of ACW history.

Battle of Big Bethel: Crucial Clash in Civil War Virginia. This is a tidy little history and with three authors, they nearly outnumber the casualty list. The significance of Big Bethel, to me, was the validation of the division of authority between department commanders and military commanders of the department (recall that Butler's military commander at Bethel was tried for incompetence). Cobbs, Hicks and Holt don't deal in such conceptual matters but their material looks quite inviting.

The Verdict of Battle: The Law of Victory and the Making of Modern War. This is a big think piece arguing that battle was once a trial, the verdict of which was binding on both parties. At first glance, this appears an overreach but the volume promises many hours of reflection. There is going to be additional interest in comparing its ideas to Victor Davis Hanson's The Western Way of War, in which we find complementary themes, as well as Grenier's The First Way of War: American War Making on the Frontier, 1607-1814, which interests itself entirely in wars of annihilation.

Calamity at Chancellorsville: The Wounding and Death of Confederate General Stonewall Jackson. Author Mathew Lively is an M.D. dealing with the last days of Jackson and if you read the Amazon reviews (five stars on average from 10 reviewers) this appears to be a rollicking narrative about the general's wounding and death. The extensive notes, on the other hand, tell us that there is historiography at work as well as dealings in the questions, Why do we think we know that? and How do we know that? I'm not conversant enough in this incident to tell if the material is given its due, but there is (at least) a complete appendix on the controversies surrounding Jackson's death.