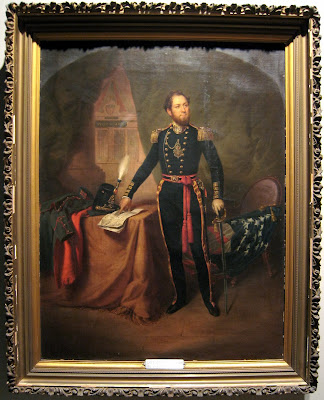 My brigade commander had gotten into a rumination and had a hard time getting out again.

I was sitting in front of the colonel's desk staring at this framed photo of himself inside a body bag, soldiers standing around the bag crying as they waited for his corpse to be airlifted from some Vietnamese field. Through some great blessing he did not remain a corpse for  long. No doubt, mementos like these will drive you to reflection.

This colonel was old for that day with white hair and a long memory. The topic of the moment was lost competence. In Korea, i.e. the world outside our brigade HQ, the Communists had known how to use heavy machineguns while the U.S. Army in that day had less than a sliver of its WWI expertise still on the books. The colonel described Chinese ingenuity in using their Maxims. He rattled off one U.S. WWI heavy machinegun concept after another, wistful that we had lost them all and challenging me to imagine how useful they could be to my weapons platoon stationed near the DMZ all these years after the Korean War and the Great War itself.

But the culture had moved on. And though each of my mortar carriers had a heavy machinegun mounted on top,  the shooters would have been mortarmen, indifferent to the charms of direct fire and schooled under current doctrine (with minimal training) to do just four simple things, at most. The same condition afflicted our mechanized rifle platoons, oddly enough, who were more invested in training  with light weapons than with the powerful heavy weapons assigned to them.

How could this be? The WWI knowledge was still available to the Korean War generation, with veterans then in their 50s within easy reach. Even to us, in later days, we could access much through old manuals, memoirs, articles and such.

The culture, however, prohibited a resurrection of the old expertise. Our time and money were restricted, our doctrine did not permit what WWI crews were wont to do, and no one was going to watch, grade or praise us for doing what they could not understand and did not ask for.

This brings us back to the Civil War of course. The war starts with a major militia establishment on both sides. In the South, militia units are mobilized into the national army where they are ensnared by Davis's extension of every volunteer's term of service. (This may have more to do with CSA effectiveness than the proportion of West Point officers who went south.)

In the North, two things happened to the militia.

First, much militia got drawn into the early short term enlistments and then went home to sit out the war. The calling up and discharge of the rank-and-file volunteers was an artifact of the political culture, one that lost many experienced militiamen. Those militiamen arrived for duty capable of drilling, taking commands, organizing camps, managing bivouac life, taking orders, caring for equipment, and performing as soldiers. They represented a wasted training cadre, or even an NCO pool.

Second, experienced militia officers were left on the shelf. This is material for a very long post that boils down to a bottom line. Officers who could train, lead, organize, and drill were largely neglected. We all know the great scramble to resurrect the careers of junior federal officers, of Scott's refusal to spare Regular Army officers, and the desperate pleas of political generals for experienced soldiers and advisers.

One must add to this the situation of Mexican War officers who had served in U.S. Volunteer formations. As many of these, such as Robert Patterson, wound up in militia organizations, their fates were sealed by the fates of their various state militias. I do not know of any effort to recruit such men. The most prominent of them, Gideon Pillow, served in the South along with some contemporaries: was there a Northern equivalent to Pillow?

The Mexican War veterans were men who knew how to do. They had at least some grasp of the right maneuver for the right situation; the correct march formation for expected contact with the enemy; the disposition of the trains on the march and in camp; reconnoitering, picketing, etc.

They had the "technology" on hand that thousands would have to intuit, guess, or learn by doing. They were like the WWI machinegunners forgotten by the Army in Korea but with broader competencies that could have affected so much more. I saw this blog post published last week:


Competence is the real modernity and it has very little to do with the empty trappings of design that surround it. In some ways the America of a few generations ago was a far more modern place because it was a more competent place. For all our nice toys, we look like primitive savages compared to men who could build skyscrapers and fleets within a year... and build them well.

In that sense, the end of the Mexican War could be considered more modern that the beginning of the North's Civil War.
---
(Shown above, Joseph Johnson in 1852. He was company commander in the 55th N.Y. State Militia Regiment. The 55th! What if there were 54 more New York militia regiments at the outbreak of the war? Imagine the wasted knowledge and skills.)