Cast your outdated naval histories on the waters 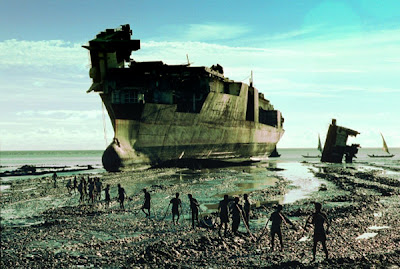 Oh look: James McPherson has written a fresh and exciting new book: War on the Waters: The Union and Confederate Navies, 1861-1865. He's always doing something new and innovative.

I think we can just donate some old tomes to Goodwill now that we have a naval history that is as authoritative as it is innovative! Think I’ll go to the attic and box them up.

Lincoln and His Admirals, Symonds (co-winner of the 2009 Lincoln Prize) - "We know a great deal about Lincoln and his generals, but until now very little about Lincoln and his admirals. With a compelling portrait of personalities and a sharp analysis of strategy, Craig Symonds offers a gripping narrative that finally gives the Union navy--and its commander-in-chief--the credit they deserve for the important part they played in winning the Civil War." --James M. McPherson

The Civil War at Sea, Symonds - "Craig Symonds combines his talents as a fine historian of the U.S. Navy and of the Civil War to produce this outstanding study of the Union and Confederate navies. Focusing on the ways in which Southern technological innovations and Northern industrial productivity shaped the strategy and tactics of the naval war, he offers important insights on the course and outcome of the conflict." --James M. McPherson

Oh, and look at this old stuff gathering dust:

The Navy in the Civil War by Mahan. Who is this Mahan, anyway?

Commanding Lincoln's Navy: Union Naval Leadership During the Civil War by Taaffe. Did he clear this book with Symonds?

Civil War Navies, 1855-1883 by Silverstone. If he got the dates of the Civil War wrong, what else did he get wrong?

Lincoln's Navy: The Ships, Men and Organization, 1861-65 by Canney. I don’t think a naval historian published by the Naval Institute Press is going to have the ability to engage a broad public.

Blue & Gray Navies: The Civil War Afloat by Tucker. VMI professors should not try to compete with Princeton professors.

I think this new McPherson book serves an important, immediate need. Maybe it can “stop the madness” of an endless stream of general ACW naval histories.

At least until the next one comes out.