The mind of a great historian 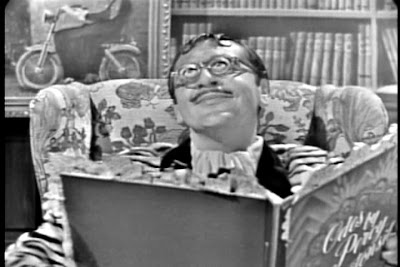 From NPR review of Richard Slotkin author of "The Long Road To Antietam: How The Civil War Became A Revolution.":

Slotkin : (On the situation in late 1861) So it's a poisonous situation, and there is actually a serious proposal to make McClellan a dictator, and what they mean by that is that they would - not that there would be a military coup but that they would pass a law vesting the power to run the war effort in McClellan and formally take - in a sense taking it away from Lincoln.

Remember that draft law? When all those Democrats controlled Congress in 1861? Scary stuff, kids!

NPR: And he wrote a lot of letters to his wife, many of which have endured for historians like yourself. What do they tell us about his (McClellan's) musings about taking control of the republic?

Slotkin: Well, they show a few things. He was really unrestrained, and it really is a window into the mind of a man who is a narcissist of world-class status. He really does see himself as the indispensable man, and he - his resentments of Lincoln are phenomenal. He (McClellan) refers to him (Lincoln) as the original gorilla, a traitor or the tool of traitors.He believed that he should be in charge of the government, that Lincoln should defer to him, and he was outraged by Lincoln's refusal.

Those were awesome letters. I hope someday they find them. Meanwhile, his amusement at being treated as indispensable shall be treated as him thinking he was indispensable. His quoting Stanton's term for Lincoln, "original gorilla," shall be attributed to McClellan. His expressions of wry humor at being regarded a power in the land shall be translated into assertions that he was the power in the land and his resentments at Lincoln's slights, Lincoln's conniving, Lincoln's bypassing the chain of command, these shall be presented as paranoid thought crime. What normal man would resent Lincoln's usual treatment? (Whoops: see all cabinet diaries.) The "letter" about Lincoln being a traitor or the tool of traitors or GBM being in charge of the government has yet to be discovered on proactively reconstructed.

And he really - McClellan in effect makes three important demands of Lincoln. First, that the administration reject any move against slavery, and the letter says in a kind of threatening way that if anything radical is done about slavery, the army itself will dissolve - that is, the soldiers will refuse to fight.

And the second thing he says, and this is kind of a legalistic point, but it's an important one, he says that a war of subjugation would be against the Constitution - that is, it's not - Lincoln can't treat the Southerners as rebels, that as the Southern territory is liberated from the Confederates, Southerners have to be restored to their political rights, so that no sooner are they liberated than ex-Confederates can start voting for Democrats.

And the third thing he says is that Lincoln should appoint a commander-in-chief - that is, a soldier commander-in-chief - and give him power to act essentially without interference from the political - from the civilian government. And it's stunning. Basically a defeated general is asking the president to give up his political power and surrender his own party's interest and platform to the platform and interests of the opposition.

Interesting characterization of that letter, for sure, but have a look at this. To those NPR listeners who think, oh this does not apply to their other programming, these are not the standards that generally apply! Let me say, you have a much larger problem and you should thank Major Historian Slotkin for double underlining it with day-glo highlighters.