He did not lay a wreath on the tomb of the authors of the Rebellion but on their victims' graves.

Odd that pundits struggle with such distinctions, easy as they seem to us. (Link)

They're learning how to communicate

...or they're reading this blog. Either way, it's impressive to see journalists learn how to use the right words:

I don't think they've mastered the difference between shot and shell yet but this is a cautious step along that monstrously steep learning curve. 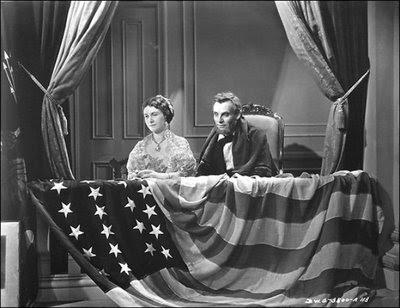 BTW, what proportion of projects make it out of pre-production?

Fascinating news: Roy Harris's Bicentennial symphony is being dusted off by a pick-up band for performance at a Juneteenth celebration that is endorsed by the Lincoln Bicentennial Committee.

If you like seeing historical patterns drawn, here's one that may be overdrawn: the Pakistani "civil war" vs the US Civil War.

The Sesquicentennial Tower of Babel

A couple of interesting quotes from a story about planning for the Sesquicentennial in Georgia:

the chance to make money on tourists

actually appears in black and white and is followed by

"We're certainly not celebrating the Civil War anniversary," said Edward DuBose, the president of the State Conference of the National Association for the Advancement of Colored People. "We see the Civil War and the Confederate States here as a dark spot on the history of Georgia."

Note the linkeage of the Civil War to slavery, as part of slavery not as liberation.

Confusion and ambiguity about the meaning of the observance is not resolved by the false certainty of "making money on tourists." Without firm statements of purpose coming out of state commissions, all sorts of vocal, public, personal statements interpreting the events will drown out the stated purposes of observance.

The Centennial planners failed to "grasp the nettle" - address and resolve questions of meaning. This generation of planners is repeating the mistakes made in 1959.