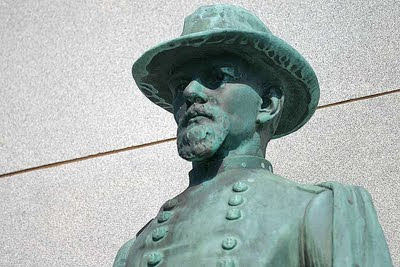 Actually, Emory Upton got a down payment on what would be his due during his own lifetime in 1878 when Representative MG James Garfield introduced a military bill with Upton’s “expansible army” at the core. It stalled or was defeated – I’d like to know more about it (but don’t).
James Garfield had thus launched a kind of children’s crusade, a preliminary fizzle followed by decades of intense struggle over this core idea. The fight would involve all sorts of military royalty right through the First World War.

On the way, the expansible army became a Holy Land that Upton could not have recognized except in part. Maj. James Groark, USAR, wrote an interesting summation of Upton’s position (Politics and the Evolution of the Army Reserve: 1790-1920):

The proposed 25,000 men is not a large standing army even by early 19th century standards. It represents a kernel, skeleton, cadre. Somehow, later, Upton’s ideas are attached to very large standing armies that have federal reserves associated with them.

I would go so far as to say that Upton’s federalized reserves idea served as a stamp by which all sorts of notions could be certified as Upton-approved. We see Upton later invoked in proposals for large standing armies and notice that these proposals generally have some reserve element – the true Uptonian ingredient – associated with them, almost as a talisman.

But just as the Upton element (tainted or pure) gained strength over time in the service, its antithesis also gathered strength. The Army’s leading living theorist was BG John McAuley Palmer, grandson of the Civil War general. Palmer was an extreme critic of Upton – the pure Upton doctrine – and he proposed a counter view in complete detail.

When Palmer combined his advocacy with the political capital of the grandson of MG James Wadsworth, Uptonites were sent into a wilderness for two generations.