Military virtues of the lazy

Lucy Kellaway was talking about a lazy executive and mentioned Kurt von Hammerstein-Equord's formula. I had heard it before attributed to Frederick the Great.

The idea is that you classify your officers as either clever or dull and then again as either industrious or lazy. The clever lazies are assigned the highest field commands; the clever industrious are put on staff; the dull lazies are left to follow orders; and the dull industrious you isolate and keep a watch over them.

I worked for an industrious fool long ago in Saudi Arabia. When we last heard from this blustery whirlwind of a man, he was taking a taxicab from Riyadh to Beirut.

Interesting to sort the Civil War generals into these bins. What's your sort look like?

The Quote Investigator has a nice piece on this slippery attribution. 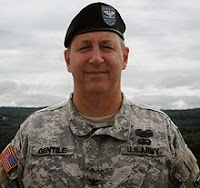 It's not an adequate rebuttal to counterinsurgency doctrine but Col. Gian Gentile's polemic Wrong Turn has three very interesting memes relevant to our little world: "the bad general," "the better general," and "the savior general." His method of debunking these pop culture archetypes is to document the underlying and pervasive continuity (in policy and practice) between the "bad," the "better," and the "savior."

One wonders if the germ of this idea came from Civil War readings.

Update (3/29): A reader alerts us that Victor D. Hanson had a book out called The Savior Generals. Gentile quotes Hanson on other matters but does not attribute "savior generals".

Andrew Wagenhoffer wrote in to mention that Steve Newton wrote about Johnston's retreat numbers in North & South ages ago. "I found some talk on the article on the Armchair General." Here's a snip from that board:

There was an excellent article in the April 2000 (Vol 3, No.4) North/South magazine that did just that. The name of the article was "Formidable Only in Flight: Casualties, Attrition, & Morale in Georgia" by Steve Newton. Steve does an excellent job of breaking down battlefield casualties, missing soldiers, losses to sickness, & readmissions amongst both Federal & Confederate armies. "Under Johnston's leadership the average daily casualty rate was 195 casualties per day for 73 days; under Hood this average increased to 375 casualties per day for 47 days. Although daily averages only show general trends over weeks & months, it is evident that the Army of Tennessee suffered signficantly more casualties over a much shorter period under Hood than Johnston."

These numbers need more scrutiny; one may have to repair to eBay to get a copy of the issue in question.

Just came back from a company meeting in which we were urged to begin communicating with each other at a (lower) level such that "even a New York Times reader could understand." Seriously. It was a comment on reading levels made without malice.

I often think on these same lines when I see discussion of complex issues reduced to one syllable words.

Crimes against numbers, being the special mark of the Civil War historian, always catch my eye.

The question of Johnston's strength during the Atlanta campaign and at the point of relinquishing command to J.B. Hood is a controversy of which I have been innocent until drawn in by an aside in Stephen M. Hood's new book The Lost Papers of Confederate General John Bell Hood:


...Johnston had declared that during his May and June operations in North Georgia his army had lost 9,972 men, killed and wounded, in his infantry and artillery. Many subsequent writers had contented themselves with simply repeating what Johnston had written and even had ignored the restricted nature of the general's own statement ("killed and wounded," "infantry and artillery," "May and June"). In fact, if one adds other known losses and makes reasonable estimates of deserters, stragglers, men lost as prisoners, men lost to sickness, casualties in the cavalry, and losses in the 1-17 July period, one gets a different picture. Johnston's losses then total about 25,000.


Johnston only counted enlisted men armed on the front lines as "effectives," while adding every orderly, cook, staff officer, and teamster west of the Appalachians to the Federal total ... In short, Johnston's reports compared apples to oranges - Confederate "effectives" versus Union "aggregate present" - and then compounded the problem by undercounting the apples and overcounting the oranges.

This useful criticism does not get us to a larger picture of relative strengths, so I turned to another new book, Robert Jenkins' To the Gates of Atlanta: From Kennesaw Mountain to Peach Tree Creek. Its Appendix C, "Estimated Strength of Hood's Army," puts the handover at 44,400. The unit breakdowns show figures such as 4,00, 2,000, 1,000 and, not surprisingly, they come from the OR. The OR does not say who made this estimate, why or how, nor the  excessive resort to zeroes. This is not to single out Jenkins because we often see historians who cite the early information of the OR in preference to the refined data and analysis that come later.

Have a look at this article from Battles and Leaders published lifetimes ago to see the kind of rigor that would be useful if we could ever train historians to take an interest in figures. Note that the authors say "between April 30th and June 10th, [Johnston must account] for at least the following men available for battle," namely 84,328. Subtracting Stephen Hood's estimate of 25,000 lost en route to Atlanta and we come somewhat near to the Battle and Leaders authors' reckoning for Gen. Hood's new command: 65,032.

"Somewhat near" because contemporary accounts also feature an abundance of zeroes. Among the Lost Papers is another estimate made by a Kentucky regimental surgeon who writes to Gen. Hood that "... it was estimated, from despondency and our retrograde movement, the army had lost between 17,000 and 20,000 men by desertion ..." [Emphasis added.]

There is a lot of work to be done here.

Stephen Hood's book opens another door to a related matter, of which I had not heard. Bragg writes Hood on December 17, 1865:


My recollection is perfectly clear ... In addition to the Army of Tennessee, then at Dalton, the General Commanding was offered for an offensive campaign, Polk's Corps from Mississippi & Ala., Longstreet's Corps from East Tennessee, and a sufficient number from Beauregard's command in S. Carolina & Georgia to make up 75,000 effective infantry. The Cavalry with these commands numbered at least 10,000 and the artillery 6,000, total 91,000. Besides the effectives so reported there were not less than 15,000 able bodied men bearing arms but reported on extra duty such as clerks, cooks, mechanics, laborers, teamsters &c, &c. One half at least could at any time be placed in battle without impairing the efficiency of the army.

I have always considered it a great misfortune that the generous offer of President Davis was not promptly accepted, and the campaign energetically undertaken. To furnish the means all other armies were for the time being to be subordinated to the Army of Tennessee.

This is gist for an alternative history and suggests the outnumbered JJ may have been outnumbered by his own choice.

p.s. Johnston was no stranger to spin. For details on how Johnston falsified his report on Fair Oaks, see Cliff Dowdey's The Seven Days.

During a recent stay at the Union League Club in New York, I found an original edition (are there newer ones?) of the Comte de Paris' History of the Civil War in America. There is a digital edition somewhere, no doubt, and perhaps I could have read read it on a tablet in a dirty taxicab, but better to browse in a beautiful setting (shown above).

McClellan's second Richmond campaign promised a solid win. The largest-ever AOP had concentrated against Longstreet in the Piedmont near Culpeper-Warrenton, while Jackson's isolated, distant, scattered command scrounged Valley supplies beyond the mountains (the passes of which had been blocked by commands posted by GBM).

While acknowledging the advantage McClellan developed, the Comte speculates on alternative outcomes:

Jackson and Lee, who had a thorough knowledge of the situation, had certainly projected some bold movement upon McClellan's rear similar to that which had proved so successful against Pope ... but they were playing a very dangerous game.*

Strong statements but History lacks notes. Why did the author think Lee had thorough knowledge and a certain plan?

Russel Beatie, perhaps alone among ACW historians, used the Comte's unpublished papers in writing his Army of the Potomac series. Is the answer in those papers?