A case study in Lincolnology

I had a chance to work through all of the McClellan references in Abraham Lincoln, Esq.: The Legal Career of America's Greatest President by Roger Billings and Frank Williams. The volume presents 12 chapters on different topics by different authors.

Needless to say, none of these authors seems to have the slightest idea that Lincoln worked for McClellan. That tells us about the low standards in Lincolnology.

There is a little good news, however, in that the authors avoided retelling or even paraphrasing Herndon's account of the imaginary billing showdown between GBM and AL. From Herndon's biography:

Probably the most important lawsuit Lincoln and I conducted was one in which we defended the Illinois Central Railroad in an action brought by McLean County, Illinois, in August, 1853, to recover taxes alleged to be due the county from the road. The road sent a retainer fee of $250. In the lower court the case was decided in favor of the railroad. An appeal to the Supreme Court followed, and there it was argued twice and finally decided in our favor. This last decision was rendered some time in 1855. Mr. Lincoln soon went to Chicago and presented our bill for legal services. We only asked for $2,000 more. The official to whom he was referred was supposed to have been the Superintendent, George B. McClellan, who afterwards became the eminent General. Looking at the bill he expressed great surprise. "Why, sir," he exclaimed, "this is as much as Daniel Webster himself would have charged. We cannot allow such a claim." Stung by the rebuff, Lincoln withdrew his bill, and started for home.

That's not the end of the story but enough.

Now Lincolnology is "sophisticated" enough not to mix McClellan up the matter because he was not at the railroad in the relevant timeframe and Herndon told variants of the story without McClellan. (See here, p7-8 for more.) Herndon got the story second hand from AL and recounted it later in life, so this anecdote is not one to take to the bank. He has this colorful quote embedded in a second-hand story which he misremembers.

And yet the story survives intact with McClellan excised in favor of "an official." Being wrong on the detail of McClellan rejecting the bill, the Dan Webster quote was too cute to let go. Look for it in your favorite pop history Lincoln biographies. 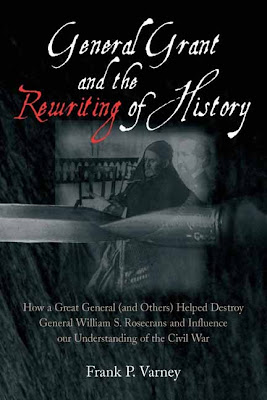