To save themselves the trouble of applying military science to Civil War history, many authors resort to a substitute, what they think is "common sense." But it's not. It's "literary sense."

Literary sense has its own structure and logic. When applied to history, it clears the path for a literary climax by setting fire to the undergrowth of common sense, military science, military theory, and especially historical truth.

When you see an historical writer blurbed as a "master storyteller," it means this is one who applies literary sense relentlessly, to everything.

For a rough idea of the hold Clausewitz has on the modern U.S. Army, look at this essay collection, Addressing the Fog of COG. "COG" refers to the theoretical concept "center of gravity" which is the misleading American rendition of Clausewitz's "Schwerpunkt."

[It] not only [has] become a constraint to the individual and collective thinking and acting of the United States military as an organization; but, because of slavish adherence to using it as a central construct in the theoretical approach to operational warfare, it also has become detrimental to the further development of innovative concepts.

On the spectrum of German "big picture" words, Schwerpunkt straddles both the specific types (e.g. Zeitgeist) and the general types (e.g. Gestalt). It means many different things in many different contexts and is flexible enough that Clausewitz could it assign it his own meaning - a very specific one.

Based in his [Clausewitz's] obvious aversion to making war theory a Jominian mathematical science, his selection of the Center of Gravity metaphor seems not of isolatable value to the gestalt of his treatise.

Try saying that quickly 10 times. It points to Clausewitz choosing NOT to use "terminology to prescribe an 'objectively' definable phenomenon."

This is important in our ongoing review of Civil War Jominianism, making Jomini the "scientist" and Clausewitz the "philosopher." In this sense, one could say that Civil War officers started the war as scientists and ended as philosophers.

Paparone and Davis make a general critique of modern Army theorizing but the thrust of their piece deals with the migration (and corruption) of meaning from Schwerpunkt into the Army's "Center of Gravity." The late Jean Baudrillard would have been made very happy with this:

"...words can eventually become extended to the point the original meaning becomes removed from any connection to the now dead metaphor..."

Do look at their essay, "Exploring Outside the Tropics of Clausewitz:Our Slavish Anchoring to an Archaic Metaphor."

Meanwhile, considering the meandering course of the ACW, can we not say that the labyrinth is the more apt military metaphor rather than Schwerpunkt?

... believes that universities propagate "touristification," another term he coined, a phenomenon that occurs when what should be an exciting exploration turns into a programmatic exercise. It's better to be an adventurer than a tourist.

I think this idea can apply to a certain kind of Civil War history writing. It hits the main points of interest in a certain order, recounts events rotely, and for a set price.*

When something big breaks, like Ken Burns's "Civil War," a flood of books comes out searching for those readers who are first-time ACW literary tourists.

The sad thing is when those kinds of books persist.

* No offense to those of our park ranger friends who are passionate and do so much more.

The history taught in Britain

"Most members of the public are unaware of how debased the teaching of history has become."

"I was literally able to use the word 'literally' any way I wanted!"

Literally, the wrong use of the word.

Why is 'literally' such a troublesome word?

Actually, Literally, What Your Crutch Word Says About You.

5 Reasons To Never Use The Word “Literally.”

(This post inspired by the umpteenth reference to the Civil War pitting brother against brother literally.)

You have to give them a couple of decades but eventually they'll catch up:
Looking at the Battle of Gettysburg Through Robert E. Lee’s Eyes.

This blog has gone through Quincy Gillmore's eyes, Gary Gilmore's eyes, and now Robert E. Lee's eyes, all in a week. But I ask the Gettysburg readers, did we need geospatial for this?

The sight lines show Lee couldn’t see what Longstreet was doing. Nor did he have a clear view of Union maneuvers. Longstreet, meanwhile, saw what Lee couldn’t: Union troops massed in clear sight of open terrain he’d been ordered to march across.

Rather than expose his men, Longstreet led them on a much longer but more shielded march before launching the planned assault. By the time he did, late on July 2, Union officers—who, as Knowles’ mapping shows, had a much better view of the field from elevated ground—had positioned their troops to fend off the Confederate advance.

One would think the authors had this "mapped out" long ago ...

It's odd to get a dozen hits in one day from a blog that ceased publication a year ago. Shilo Nick, however, left as his legacy a continually updating ACW blog news aggregator.

Wonder how he did that.

Historian Steven Woodworth is into the late, great Rowena Reed. How totally impressive. 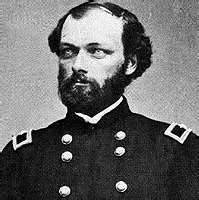 And on a lighter note, how about Gillmore's eyes? Reminds me of a bad song. 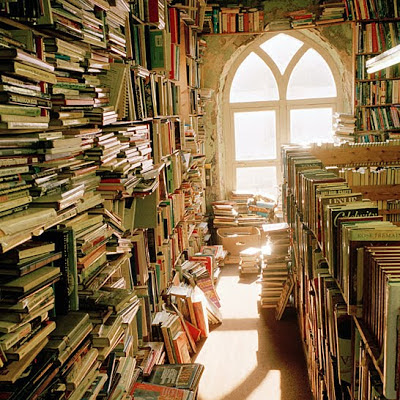 This is the hot search topic today

I don't know why.

One gets the oddest surges.

Just back from Vegas (company trip) - blogging to resume shortly.

Flashman on the ACW

Not a fan of the Flashman novels, but always interested in novelists doing history. Here's a Flashman rant on the ACW.

Any Canadian should endorse the closing statement, I would think. With all the excitement about Spielberg's "Lincoln," we tend to forget about the Will Ferrell - Zooey Deschanel - Don Cheadle production.

If just one young fratboy becomes motivated to read books by Doris Kearns Goodwin as a result of this film, it will have been worth it. 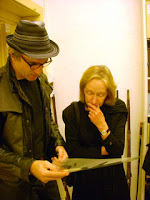