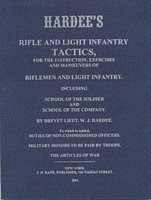 James McPherson, as on all issues and topics, perfectly represents the Centennialist doctrine on rifle muskets:

Brent Nosworthy has worked hard to upgrade our understanding from the level of these 1950s-era nostroms. Thus,

[CSA] Major E. P. Alexander, an expert shot, decided to take a crack at the Pennsylvania Bucktails, who were running toward his position [on Sept. 17, 1862]. Positioning eight men behind a rock to load for him, he started to unleash about eight shots a minute, starting when the Union infantry was still about 600 yards distant. Alexander would later recall "I don't think I hit many, for distances varied rapidly & all had to be guessed, but I did distinctly see one fellow drop at my shot." - Brent Nosworthy, Bloody Crucible of Courage

A soldier, firing [a rifle musket] at a target 540 yards away who overjudged the distance by 33 yards would completely miss a 10-foot high target. - Brent Nosworthy, Bloody Crucible of Courage

And once more with feeling:

Lieutenant Colonel Dixon of the Royal Artillery ... pointed out that given the relatively low initial muzzle velocity of the new style rifle muskets, it was critical to estimate the range of each shot accurately, something that required concentration and sangfroid. This was rare among troops in massed formations under fire. Surrounded by smoke and the whistle of shells and bullets flying nearby, most soldiers would become distracted. Some would even shake and wobble on their legs. Their ability to compute ranges, adjust the back sight, and aim accurately would be greatly diminished. - Brent Nosworthy, Roll Call to Destiny

Now comes Earl Hess with a new book, The Rifle Musket in Civil War Combat: Reality and Myth. The promotional literature tells us

Hess presents a completely new assessment of the rifle musket, contending that its impact was much more limited than previously supposed and was confined primarily to marginal operations such as skirmishing and sniping. He argues further that its potential to alter battle line operations was virtually nullified by inadequate training, soldiers' preference for short-range firing, and the difficulty of seeing the enemy at a distance.

This is an exciting time in Civil War publishing. We are moving from single works that upend this or that Centennial certainty to a collective building on complex corrections.