Fair Oaks jackpot - you may already be a winner! 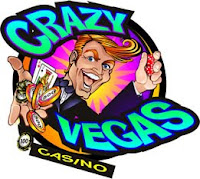 Welcome to the Civil War History Casino, ladies and gents. This house of chance is like none other you have ever seen. Our croupiers are prizewinners; our dealers are highly paid speakers; our pit bosses are best-selling authors.

Today we have doubled the jackpot to be paid out on the Magic Randomizing Wheel of Explanations. The question you must answer is simple: "Why did Joe Johnston launch his attack at Fair Oaks/Seven Pines?" Place your bets now as we spin the wheel!

[1] Johnston saw McDowell's junction with Porter as "imminent." He then "worked himself up" to an assault. Cliff Dowdey, The Seven Days.

[2] Johnston learned that McDowell was headed to the Valley but decided to attack anyway because of the disposition of Union units. David Eicher, the Longest Night.

[4] Johnston decided to attack because recon showed the troops to his front were beginning to construct works at the same time two Union corps were exposed to the weight of his army. A Different Valor, Gilbert Govan and James Livingwood.

[5] Johnston wanted to give Longstreet the opportunity of an attack. Joseph E. Johnston and the Defense of Richmond, Steven Newton.

[6] Plans for an attack were already made before McDowell was seen going to the Valley and Johnston simply went ahead with a variation on them. (No motive given) George B. McClellan, Stephen Sears. (No motive given in To the Gates of Richmond either). Ditto Joseph E. Johnston, Craig Symonds.

[0] When Johnston learned of the disorganized state of Richmond defenses and the chaos in James River defenses, he decided an attack was needed immediately lest Richmond be taken from the James. (Confederate Papers, GW Smith)

[00] Davis and Lee agreed Johnston should attack and Lee persuaded Johnston to attack during a personal visit. (Rise and Fall, Jefferson Davis)

Around and around she goes, where she stops nobody knows!