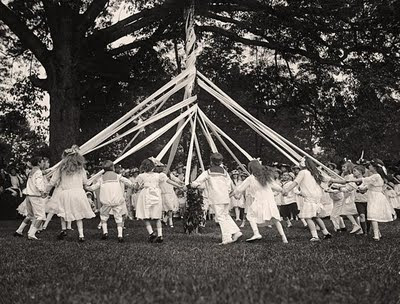 Optimism deserves its day and given the gloom and doom on this blog, I should take a moment to put things in perspective.

In 1997, when I started the website Civil War Book News, we faced a river of sewage with each new publishing season producing at most one or two noteworthy titles. Publishers were in the backwash of a post-Ken Burns and Killer Angels influx of ignorant, transient bookbuyers who were looking to relive the narrative highlights of whatever audiovisual garbage they had recently ingested.

For the deep reader, bracketed on one side by the Centennial hacks and their tired insights and on the other side by completely naive and ignorant readers revving the market for light entertainment, it was a miserable time indeed.

Today, a good proportion of each season's titles is interesting and worth notice, so much so, that I cannot keep up. My useful function in this blog may be to point out the nonsense that still gets published, which task is a bit more doable.

Furthermore, my contempt for the foibles of Civil War authors has been tempered in the last few years by some broader considerations. On Monday, I read about 200 pages of peer-reviewed, well-regarded social science papers for a course I am taking. I have read many such but never 200 pages in one sitting.

It seems to me, from my readings, that social science generally is in much worse condition than Civil War history in particular. Put another way, we suffer a condition in this country where people self-select for careers in which they are not in any way suited. We are told you can be anything and that your ticket to "anything" is hard work and "education." This is a recipe for lifelong dilettantism; on some level we know this for we are forever searching for that doctor / lawyer / contractor / plumber / mechanic who transcends his/her credentials.

Blind striving for jobs in fields of ill choice can combine with our rabid credentialism to feed a more general culture of authority-seeking. This is a terrible affliction: witness the cult around James McPherson. It's also a broad cultural tendency that transcends Civil War history everywhere and at all times. I notice it more and more.

The leading newspapers have but one purpose: to deliver authority to authority seekers. This is a sensible market transaction but its repercussions are awful. The deep reader in and out of Civil War history wants to see for himself, but the authority-seeker wants guidance. This is why we have bestseller lists, top 10 lists, restaurant guides, and highly credentialed talking heads laying down what's hot and what's not. Again, I refer you to the greatest literary hoax of all time. It failed to embarass the New York Times (its target) or the authority-seeking readers of said paper. Inevitably!

The new executive editrix of the New York Times today painted the perfect picture of a New York Times reader in describing her own family: "In my house growing up, The Times substituted for religion ... If The Times said it, it was the absolute truth.”

The Times et al may be losing circulation but they are absolutely faithful to their readers in delivering exactly what those readers seek - certitude, authority, expertise.

By the way, today marked another kind of milestone for the paper. In column one, page one of the print edition, it ran the following headline: "Data on jobs may hold key to President's." It didn't say president's what, just "president's." A gaffe on this scale does not make the Times any less of a religion, nor does it make the Times less right. The Times, like all that bad Civil War history, is market driven. And it delivers.

There is and always will be a segment of the Civil War readership that craves authority, finality, certitude. These folks lay down their Times top 10 lists and turn to their Battle Cry of Freedom (or whatever). The call of the wild archive is not for their ears. Debate is troubling. Analysis without a master narrative to frame it represents a nightmare of confusion. Answers must be simple. Personalities must be black and white. Issues must be simple.

These poor devils we will have with us always and the day will come again when their wishes dominate the publishing industry to crowd out good books. Let us make merry while we have this blessed interval of good books in between bad times.