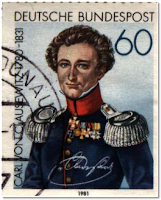 In exploring James McPherson's expropriation of the "concentration in time" concept (and phrase), I let Jones and Hattaway's original repurposing of this Clausewitzian idea pass without censure.

Richard F. Miller is one of those rare authors interested in both rhetoric and military history and when he told me his feelings about what Jones and Hattaway had done, I had to agree completely:

What's involved here is the age-old vice of presentism. In this case, the exportation backwards of modern vocabulary (or even historical vocabulary if there's no evidence that the historical actor had any acquaintance with the historic vocabulary, as in your example of Clausewitz.) When historians do export a present term backwards, it is usually introduced by such phrases as, "or, as we say today..." or "as is now termed...."

Should this be an issue? Yes. For example, the problem with using Clausewitzian metaphors is that they imply a level of doctrinal abstraction that was missing from the Civil War mind set thus conveying a false impression of how the war, its tactics and strategy were conceived. The absence of abstraction is not necessarily a criticism--one can arrive at the same result by different mental processes. Jomini was ever-present of course; leading figures had translated his work for West Pointers and an argument could be made that a fair amount of Jomini's language and concepts do appear in Civil War thinking. But Jomini was not the genius Clausewitz was and in my opinion, few if any Civil War generals abstracted war in the great Prussian's sense. Instead, American generals proved the great pragmatists of logistics, (Grant at Vicksburg, Sherman to the sea), anti-paradigms (Lee and Jackson at Chancellorsville, and fortified defense, (the eastern war, 1864-1865.) Indeed, it was the lack of abstraction that may have prompted Bismark's sneer(attributed) that the American Civil War was conflict between "armed mobs."

This last point--America's great contribution to Western war being pragmatic rather than theory driven--is obscured by rewriting say, how Halleck, Lee or Jeff. Davis understood the war that they fought. (That theory-driven thinking has its limits would be better understood by Prussians after the failure of the Schlieffen Plan.)

In any case, it seems to me that historians have an obligation to notify readers when they are exporting presentisms backwards. I would never want to imagine my beloved, cranky, profane and eccentric Civil War generals sporting monocles, wire mustaches, or impossibly high, starched collars!

(Note to readers: J&H as a team do attribute "concentration in time" to Clausewitz where McPherson does not. However Jones, in Civil War Command and Strategy, commits Richard's presentism by elevating the idea to a self-contained paradigm actively informing Lincoln's military thinking. McPherson then revives Jones' mistake in his own new book.)