The elusive one, the cryptic mysterion - none other for it is he - has been released from his duties at the Abraham Lincoln Presidential Library and Museum (ALPLM) pending a legal tussle over shoplifting charges. He was let go this week after they inventoried the museum.

Previously, the mysterion and his predecessor were used by the various governors of Illinois as window dressing for that sink of political patronage, the ALPLM. With the firing of this man of mystery, the previous precedent is reversed as a certified politcal hack now takes charge of the facilities to be assisted by a less visible technocrat.

With Janet Grimes front and center, you have an appointee who has been managing the state’s Capital Development Board for the last three years - the years that got Gov. Rod Blagojevich in such trouble - and can you imagine a richer patronage plum than manager of all Illinois capital expenditures? She now runs the Illinois Historical Preservation Agency, overseeing the ALPLM, and displaces its head, Robert Coomer. Coomer becomes a consultant assisting her as head of the library's foundation; he spent the first two years of his incumbency in her current job racking up violations of the Illinois Historic Preservation Act and breaking state directives on emergency purchases.

Needless to say, we wish them both well.

The Rick Beard Years: A Legacy

Blog coverage of the Beard years begins with the departure of Richard Norton Smith. The linked post fails to note the vital fact that Smith was leaving his job to take a part time position in Washington. The politicians had either tired of him or he of they.

The first post on Beard appeared on this day two years ago: Rick Beard, Man of Mystery. It offered the most extensive background information collected in one place. It set the tone for the cruel mockery to follow.

Rick Beard: the Mystery Continues puzzled over the interim appointment of Thomas Schwartz to the position to which the cypher had been named.

In Rick Beard Emerges, we discovered the elusive one had taken permanent occupation of a small office behind doors marked "Emergency Exit Only," leaving a subordinate in permanent charge of his own large director's office.

Rick Beard Makes a Move observed that Beard allowed someone else to lead the Illinois Lincoln Bicentennial.

Five months after his appointment, we noted that Beard had not merited a single newspaper article. It's Abe-a-Licious does find an ALPLM article that mentions Beard but it focuses entirely on the janitor in the museum cafeteria instead of the new director.

Google Scorecard for "Rick Beard" ran a search for articles on the mysterion and struck bedrock.

Rick Beard Sightings Increase noted that six months after his accession, the mysterious one had scored mention in three press releases.

Rick Beard Dons His Other Hat caught us up with the mysterion's zen-like stillness as self-designated leader of the Sesquicentennial.

"Setting the Bar" covered a fashion night at the ALPLM which Beard said set the bar for future museum and library activities.

From Multipurpose to Any Purpose visited the ALPLM gift shop with comments from Schwartz and Beard. 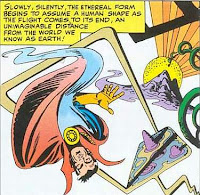 Beard Spotting uncovered the first-ever-seen photos of Rick Beard 18 months after his appointment.

Thanks Rick. It's been even more fun than all those Richard Norton Smith posts.