Logrolling in our time (cont.) 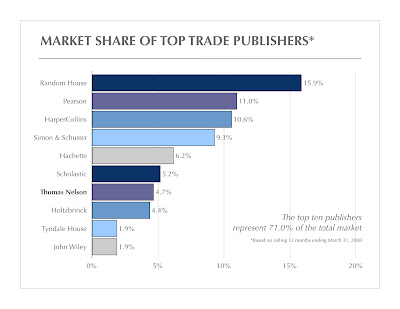 1. Faust makes the list with Republic of Suffering - a "powerful book"

2. 9 of the 10 books were published by Random House (7 of those under Knopf). Wow. Small and university presses need not apply?

The byline on this piece belongs to the "editors of the Book Review" of the New York Times. Editors are those people who are supposed to notice things going wrong and right them. But if you work in a place where the editors write and no one edits, you might be working in a failing business dragged low by a collapsing ethos. Your tragic workplace then becomes a much bigger talking point around the water cooler than any lopsided book choices.

The third ranked book in the list is also by a NYT contributor, a fellow named O'Neill. It's a novel about New York written by a New York Times contributor. Yeah team! We're hittin' it out of the park here at the Times.

Let's see. Twenty percent rolling our own logs, 70% rolling logs for the editors at Knopf, with a 20% log rolling effort reserved for other pals at Random House. Let the other 84% of the market take care of itself.

* If, BTW, these editors think that Nabokov was a "fabulist" who "invents spookily plausible parallel universes" their employer will need to take out a second mortgage.

"Logrolling in Our Time" was a feature that tracked publishing corruption in in the defunct Spy magazine.