Mary Lincoln's Insanity Case: A Documentary History does well to offer a superset of what was previously available in contemporary documentation. But author Jason Emerson does no favors to Mark Neely and R. Gerald McMurtry. He mentions their 1993 work The Insanity File: The Case of Mary Todd Lincoln (still available) as representing a subset of his own document collection.

This is typical. There's not much more of a literature review here than the occasional mention of previous works.

But Emerson also does well to drain the partisanship out of his editing and lay his material out for readers to decide. The Neely/McMurty book was painted by marketing with an anti-Robert Lincoln brush. It took the serendipity of document discovery into the dark alleys of advocacy.

Emerson's was a surprisingly good read. I came to it with the thought that there was controversy around Mary's insanity. The early parts of the book (and its repetitive news articles) presented a slam dunk for "crazy." Where's the controversy, I wanted to ask. But this changed with reading. 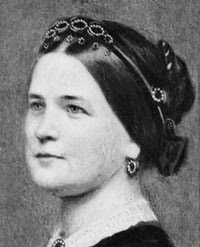 Not to recount the whole case, here are a few ideas of my own gleaned from reading Emerson.

(1) Robert Lincoln had lower tolerance for his mother's eccentricities than did others.
(2) Robert mixed up defense of his mother's reputation with defense of his own.
(3) Robert made a bad decision when he allowed the court to appoint him his mother's (financial) conservator. A third party would have kept him clear of his mother's wrath.
(4) Mary's deep suspicions of Robert's financial motivations are well worth examining and here are given very short shrift.
(5) Mary was odd enough to convince clinicians of her madness yet functional enough to get along in the world for decades after her release from Batavia.
(6) None of the predictions about her self-destructiveness or future embarrassment came true after her release.
(7) Mary's involuntary commitment was an overreaction that humiliated her and the Lincoln name.
(8) Mary's involuntary commitment, and the related sensation, smoothed her way in the world after release. It reduced the novelty of her eccentricities.
(9) Mary medicated herself in ad hoc ways with stuff including narcotics.
(10) Mary's dress-buying habit would compare favorably to my book-buying habit.

Mary's early discharge from commitment and her high functioning in the real world to the end of her life remind me of the de-institutionalization movement in mental health in the 1970s. Released to the care of her family, she represents the success the psychiatrists of that era strove for.