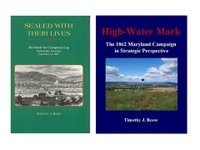 In the early 1980s, I founded a publishing company starting with an electronic newsletter (available via TELEX, and some old online non-Internet services). For reasons not known to me, Mid-East Business Digest is still being downloaded and I still receive royalty checks for material written in 1983. Some of my distributors have made my ancient writings available on pay web sites. I am not suggesting this as a business model but draw your attention to the fact that information and analysis are extremely durable and (to someone, somewhere) useful.

I wanted to get into book publishing in 1982, however I knew that the book sales cycle was inordinatey long, which meant that the information feedback cycle would be painfully extended. To learn book publishing quickly, I entered the music business in which the manufacture / sales / returns / payment cycle was identical but highly compressed. In book publishing one project might disclose its secrets in 18 months. In music I got project feedback much faster and learned the wholesale and retail distribution on the QT.

This experiment took on a life of its own when my company's first releases more than paid for themselves; the temptation to continue here was thwarted, however, once "the industry" decided that the dual record and cassette release format needed a third format, the CD. (We indies viewed the introduction of CDs as economic warfare.)

I say all this to make a simple observation. Considering the amount of hassle shouldered by some of my fellow record company owners in the mid-eighties in issuing every release in no fewer than three formats - not counting singles - I am completely baffled as to why book publishers cannot create and maintain an e-edition of every hardcopy book they release.

What is the problem that keeps good work from staying in print (via e-editions)? We have actually gone through controverisies in publishing with contractual e-rights between author and publisher. Have they not been settled?

The best outcome right now seems to be one in which rights to out-of-print editions revert to authors, and authors republish e-editions.

Tip of that hat to Tim Reese for blazing this path.

[p.s. If you have not read his work on the Maryland Campaign, I am reasonably sure you do not understand it. I say that having been humbled reading Tim's books.]