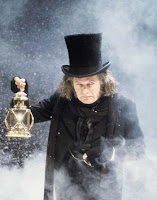 On the Internet, and in pop culture generally, 'tis the season for listing. Kevin and Drew have their lists up and agree on Marc Egnal. Now is the time,I suppose, for their readers to chime in with, "Hey, you forgot..."

Me, I dislike lists, except maybe watchlists. This is not a rap on Drew and Kevin but on listing.

The late Jean Shepherd hated list-lovers and launched the greatest literary hoax in history to humiliate them. He succeeded spectacularly but they did not notice, they did not care, and the lists keep coming. "Top 10 humiliations inflicted on list-readers" - let somebody make that list. Shepherd's would stand at number one.