At the crossroads of history 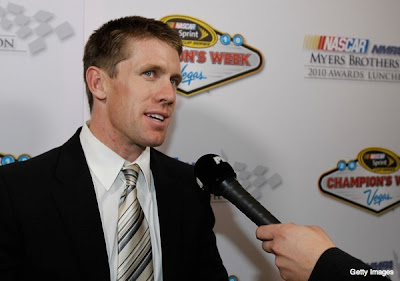 HBO has passed judgement on the Civil War buff by signing a NASCAR driver, Carl Edwards, to play a Civil War general in a made-for-TV ACW miniseries. I like this comment from their press release (emphasis added):

The connection between the Civil War and drivers who race NASCAR is simple: those values of the Civil War-the patriotism, the spirit of American competition, the regional and national pride that poured forth from and for its heroes-is best exemplified in the American Values and American Spirit embraced today by the NASCAR affiliated drivers and their fans.

That's worth a whole post but let us leave it with the question Grant vs. Lee = The Spirit of American Competition? Kevin Levin owns the meme ACW as entertainment - let him plow this rich quote.

For my part, as an old soldier, I can't help but observe that the daily killed and wounded in our ongoing wars take a back seat in this press release in exemplifying American Values and American Spirit.

If HBO has become a new custodian of American Values and American Spirit and if they get a few things wrong in the Values/Spirit department at first, well, let's stay positive.

Now, Carl Edwards may be a great guy, but he has been chosen to play Gen. John B. Gordon. Question for NASCAR fans: is Edwards the John B. Gordon of NASCAR racers?

I ask because my NASCAR IQ is low. I follow Formula One in a haphazard, desultory way because it is no longer the racing of my youth. The Robert E. Lee of F1 is dead. My cohort, those who went into racing, suffered combat infantry levels of attrition. Maybe higher. They did so knowingly. They are lucky to have a truly great readership to keep their memories alive, as well as a movie or two needing no historical analogies. 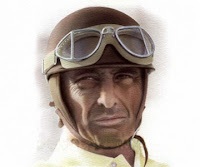 How do we compare the race car driver of today with one of 40-50 years ago? Jean Shepherd made an inadvertant comaprison with the John Gordons during one of his radio monologues in 1960: he said that the young blades who had been part of the horsey crowd previously were now all into racing. Gordon may not have been a cavalryman but he exuded a cavalier ethos.

Imagine: a Confederate cavalry that immolates itself for its own (and our) entertainment; or a Pickett's charge around the track; or a life-threatening attempt to excel under peacetime conditions.

Imagine an audience that is not immune from the danger they observe.

How far away from that are we - and Carl Edwards - now? TV distance with accident-proof races and a sanitized ACW history to match.