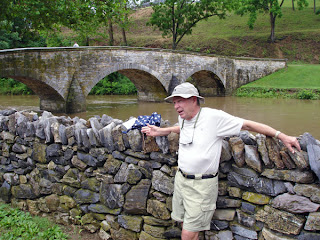 The mysterious, well-endowed Tawani Foundation (owned by the more cryptic Tawani Enterprises, Inc.) has awarded its first ever "Pritzker Military Library Literature Award for Lifetime Achievment in Military Writing" to James M. McPherson. There is a $100,000 stipend attached to the award.

Mr. Pritzker himself (lower right) had a few words on the whys of this choice:

By providing an annual award to the most thoughtful and articulate scholar writing about war and military activities, we may in turn be led to better solutions and perhaps a better life for all of us.

That seems rather generic and even a little muddled. Do you see McPherson as a military historian? A bit of a surprise there unless you remember that McPherson's career has its own momentum and he could just as easily win an award for best gardening author of the last 50 years. I think, in terms of institutional gamesmanship, Pritzker made the obvious choice: to start at the 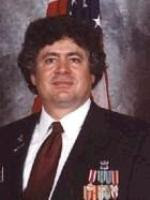 top of the heap - with the biggest brand name - and work down to lesser historians from there.

This award has so far (as of this morning) earned the Pritzker Military Library over 65 newspaper articles (including in organs like WaPo), a count that will rise during the day. Coverage was triggered by the McPherson angle: next year's awardee will generate less press. Given the going rate for a PR retainer (about $15,000 per month and up), this was good value for a $100,000 outlay.

Oddly enough, Mr. Pritzker has never asked me (or you?) for money to fund his various foundations and enterprises. I suspect that these are richly self-funded; Charity Navigator has never heard of the Tawani Foundation. There is no reference to an awarding committee in the press release. It may be that McPherson has received a present from the pocket of and on the say-so of a single person.

We should all be so lucky, of course. The thing that struck me about this news story, however, was how much more this money could do if delivered into the hands of Mark Grimsley and his project to fund university chairs in military history. The amount of press would be less, of course, which raises the question, what is this all about?

Now, the news coverage has done its job and sent us to the Pritzker Library where we drilled down into the mission statement where we found out that "Citizen soldiers are an essential element of a democratic society."

That resonates with me more than others. (Wish I had a T-Shirt: "Ask me about my citizen soldier paradigm.") But. But.

Out of his mouth, is this a pro-draft statement? Pro-militia? Is it a strike at the rapidly imploding ethos of "professionalism" that Grant, Sherman, and Schofield saddled us with? I notice this Pritzker is a colonel in the Illinois National Guard: does he have issues with the Regular Army?

That is as much as I can make out of this prize. Certainly, McPherson is no particular advocate of citizens soldiering.

So we have loads of good press sending lots of people to a Website that solicits no donations, asks no action of the reader, and whose mission statement barely connects to the award.

Just give the money to Grimsley, Mr. Pritzker.

p.s. Chris Wehner noticed this story before I did. He awarded it one exclamation mark. I think it's worth at least two.