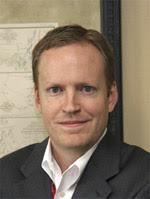 We continue our interview with Russell S. Bonds, author of Stealing the General, released earlier this year and now in its third printing.

Q: I'd like to ask about three of your sources in Stealing the General: Ohio in the War, the Biographical Encyclopedia of Ohio, and The Ohio Soldier. Could you summarize, for the researcher, their usefulness?

A: The Biographical Encyclopedia of Ohio (1876) is simply that--a reference and starting point for early Ohio settlers, Civil War soldiers and other 18th and 19th century Buckeyes. But it also contains some fairly nice detail in the various profiles. (It's available online in searchable form at the University of Michigan's "Making of America" project.)

Ohio in the War (1868) is Whitelaw Reid's two-volume history of the war. Reid was a correspondent for the Cincinnati Gazette, so the book is a mix of firsthand reporting and secondary history, with a sprinkle of Reid's opinions and a fairly large dose of hagiography for the various sons of Ohio (e.g. Gen. Mitchel was "ever on the offensive," and "his coming inspired the troops," and the like). (I believe it's now online as well.)

Finally, The Ohio Soldier is a veterans' newspaper that was published from 1887 until shortly after the turn of the century--think the National Tribune or Confederate Veteran, but with Ohio articles and remembrances. This newspaper contained the detailed series of 1893-94 articles by Andrews Raider Daniel Allen Dorsey, which were an interesting and at times angry counterpoint to the long-accepted version of events recounted by William Pittenger in his many book. The Ohio Soldier is an excellent resource for soldier reminiscences, but it is comparatively difficult to obtain and difficult to search.

Q: Your have a sturdy ethic, as we've been discovering, and you seem to admire some authors. What kind of reader are you: what kind of ACW books do you tend to pass up and which kind tends to interest you?

A: My reading these days is research-driven, focused on the Atlanta Campaign and its players. Beyond that, it’s tough to pinpoint the “kind of book” that interests me. Thorough studies with good bibliographies, notes, maps. Books that look like they can really teach me something. I appreciate new thinking and interpretation but am suspicious of agendas/conclusions that shape the analysis, instead of the other way around. I enjoy battle and campaign studies and have warmed to big biographies as I get older. Perhaps surprisingly—as a native Georgian with an ancestor on the Appomattox surrender rolls—I very much enjoy reading about Lincoln, Grant, and especially Sherman. I’m attracted to iconic events/characters and their historiography—e.g., the Great Locomotive Chase, Custer’s Last Stand, etc. And I really appreciate and enjoy good writing. (I’m often listening to Shelby Foote or Cormac McCarthy or Owen Parry on audio.)

In general, I tend to pass on regimental histories and memoirs (except in my research), naval history, and the Transmississippi.

Q: Are there other rules defining your "no go" zone?

A: Not really. Lukewarm interest in certain areas, and lack of time. Perhaps I need some a rule--I tend to buy more than I'm capable of reading and have my bedside table stacked with books I haven't gotten around to.

Q: Stealing the General has this large railroading element and yet your book tour seemed aimed at the Civil War readership. Did you encounter interest from railroad buffs at all?

A: I think the book has done pretty well among rivet-counting railroaders. It was reviewed by the reading magazines like Trains and Railroad History and for a long while held its own with Ambrose's Nothing Like It In the World as the top railroad book on Amazon. But almost all my invitations to speak have been from Civil War roundtables, museums, historical societies and the like--coming at it more from the Civil War angle. I did speak to one "society of ferroequinologists," where I passed around a handout with the technical specifications of the General and tried my best to answer questions about track gauges.

Q: What's your marketing advice to new authors? Where is the best return on effort and what wastes time?

A: Well, there's no substitute for a publisher who's adept in marketing, and I've been very fortunate in that regard. Westholme has done a great job getting attention and reviews for Stealing the General. Newspaper, magazine, and online reviews are all tremendously important.

But I do think there's no substitute for shameless effort by the author to drive sales and draw attention to the book. This doesn't mean only speaking engagements--though those are important, and I try to make as many appearances as my schedule allows. (And don't limit yourself to Civil War groups. I've had good turnout and surprising sales at civic club luncheons, for example. There are tons of readers out there, especially older readers, who will readily buy a good history book, but who would never shop online or walk back to the Civil War section of the bookstore.) I've been a familiar face locally at museums, battlefield parks, and area bookstores, stopping by regularly to be sure they always have autographed copies of Stealing the General in stock.

Beyond that, lots of random suggestions: Reach out to fellow authors for advice and referrals--most are very helpful and happy to be asked. Keep your name out there by doing local interviews, writing articles for Civil War magazines or columns for the newspaper. Be responsive to the online Civil War community. Urge bookstore managers to have their staff recommend the book to folks looking for holiday gifts for dad or grandpa. Make up a small flyer for your book to hand out at signings or place by the register at bookstores. And importantly, look for other angles you can work on besides the Civil War angle--in my case: railroads, local/Georgia history, military/Medal of Honor, and the movie angle (we had some interest, for example, from the Buster Keaton Society).

What doesn't work? I've had a handful of plain-ol' big-box bookstore signings, which my mother and a couple of her friends attended. (You know when you go to the bookstore and there's a desperate looking author looking pleadingly at everyone that walks by on their way to the magazines? That was me.) I wouldn't call these a waste of time, but in my experience the payoff is limited.

And if you'll forgive a bit of promotion, I'll be continuing to speak this year in support of Stealing the General, which will be released in paperback this fall.

Q: I hate to be predictable but must ask: are you researching a new book?

A: Yes. I'm working on a new book on the battle and the burning of Atlanta, again with Westholme Publishing.

Q: May I ask what the "value proposition" will be?

A: The book will focus on the battles at the gates of the city, from the relief of Joe Johnston to the surrender of Atlanta--essentially the last eight miles of the hundred-mile campaign. But I'll also cover the ordeal of the city and its civilian population, up to and including the burning of Atlanta itself. The latter, as you know, gets into a number of great historical and historiographic questions and debates, and again ties in famously with movies, books, songs, and folklore. So, a battle book, but not just a battle book.

Q: I'll look forward to that. Have you ever considered Civil War blogging, either in connection with your new research or just for the hell of it?

A: I did consider it at one point, but then I came to my senses! No, I am tempted to enter the blogging fray--I'd love to see more discussion of battles and battlefields and personalities and authors here in the deep South (or the "Lower East," as Atlanta columnist Lewis Grizzard used to call it)--but between my day job and family obligations, I have a hard enough time finding time to read, research and write as it is. So I will leave the Civil War blogging to the experts.

Q: Thanks for being a good sport and best of luck with the paperback edition.