"Goodwin has brilliantly described how Lincoln forged a team that preserved a nation..." - James M. McPherson

From the standard Stanton biography - Thomas, Benjamin P., and Hyman, Harold M. Stanton: The Life and Times of Lincoln's Secretary of War (1962): 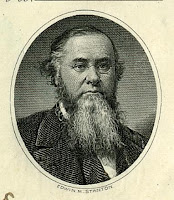 Stanton declared to Wolcott, "if our people can bear with this cabinet they will prove able to support a great many disasters." (p. 125)

Montgomery Blair announced early in 1863 that he "did not speak to Mr. Stanton on business." He accused Stanton of accepting bribes and said that he "would not be surprised to hear that he was in the pay of Jeff. Davis." In another instance, Montgomery and Frank Blair, Jr., told General Patrick that "we will give it to Stanton someday": and that Stanton was Seward's tool. (p.150)

[Welles] grew to regard Stanton with as great personal aversion as did Blair. (p. 151)

The President, who found himself in the middle of all this [cabinet] scuffling and who never really tried to run his cabinet in a single harness... (p. 151)

As the Army and Stanton moved closer to the radical position on the Negro, he tried to take Lincoln with him, even to the point of acting guilefully... (p. 232)

... he had not tendered his resignation, he said, and did not intend to be driven from the cabinet by Seward. (p. 254)

The intra-cabinet feuding was beyond Lincoln's power to prevent but he let it go on much too long. Further, his willingness to let cabinet officers run their departments almost without supervision, except for the War office, had permitted vexatiously contradictory and independent policies to go on at the same time. (p. 255)

As an administrator, Lincoln had a long way to go to excellence and he never tried very hard to get there. (p. 255)

Postmaster General Blair, Stanton's unrelenting enemy, declared that Stanton "would cut the President's throat if he could," and fancied that the patronage of the State, War, and Treasury departments was being used against the President. (p. 309)

Chase discovered he had few real friends. On the day his retirement was announced, only Stanton and Fessenden of the Cabinet called at his home. (p. 315)

Stanton said: "You must help me defeat that [Lincoln's appointment of Dennison to secretary of the Treasury] Brough, or we are lost. I would not remain Secretary of War an hour after such an appointment."