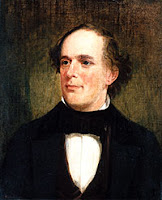 "Goodwin has brilliantly described how Lincoln forged a team that preserved a nation..." - James M. McPherson

"Chase knew he was able, and he thought his [Cabinet] colleagues incompetent; it was his duty, therefore, to organize the Northern war effort. He began to issue orders, accept recruits, consult on strategy, and plan battles." (Introduction, p.12)

With Stanton's appointment, "He was now informed of military decisions after they were made - sometimes through the newspapers. His advice was seldom sought and rarely followed." (Introduction, p.15)

"After 1862, Chase was almost as remote from the making of political decisions as he was removed from the planning of strategy." (Introduction, p.16)

"But soon it appeared that the [President's] policy was undisclosed even to the Secretary of the Treasury. In fact nobody seemed to know what was going on ... Chase's efforts to introduce some administrative system among the President's advisers were unsuccessful, and soon he, like Bates and Welles, was wondering whether he should bother to attend the 'Cabinet (so-called)'. 'We ... are called members of the Cabinet,' he reported to Senator John Sherman, 'but are in reality only separate heads of departments, meeting now and then for talk on whatever happens to come uppermost, not for grave consultation on matters concerning the salvation of the country ... No regular and systematic reports of what is done are made, I believe, even to the President: certainly not to the so-called Cabinet.'" (Introduction, p.17)

"Measures which Chase might well have supported had he known their causes and their objectives appeared to him blind and wavering. Stanton and Lincoln adopted military policies which appeared to have no consequences except the useless expenditure of more millions ..." (Introduction, p.17)

"The less Chase was consulted on broad matters of governmental policy, the more extreme his views became; and as he assumed the attitude of embattled virtue, it became impossible to consult him." (Introduction, p.22)

"As a good administrator himself, Chase made it clear that the failures, the weaknesses, and the imbecilities of the executive branch rested not on himself and his cabinet colleagues, but upon the President alone." (Introduction, p.22)

"... he instructed an Ohio correspondent in 1863 ... 'Nor should you forget that a war managed by a President, a Commanding-General, and a Secretary, cannot, especially when the great differences of temperament, wishes, and intellectual characteristics of these three are taken into account, reasonably be expected to be conducted in the best possible manner.'" (Introduction, p.22)