The Mystery of Oktibbeha County 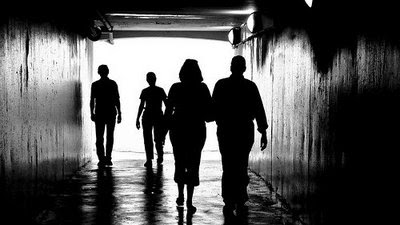 If you are joining us late, we are working on the Mystery of Oktibbeha County. It's like a Lovejoy mystery involving valuable artifacts, shady doings, an academic setting, and skullduggery behind a facade of propriety. In this whodunnit, a collection of historic papers mysteriously appears at a Mississippi college where no one can explain how it got there.

How did the Grant papers end up at Mississippi State? The collection, assembled and owned by the shadowy Ulysses S. Grant Association, was recently in the care of the deceased John Y. Simon (a bona fide Grant scholar). The Association's new director, Sherman buff and psycho-history pop author John Marszalek, moved them out of Southern Illinois University after difficulties with the current administration. So we do have motive for relocation.

Reporters, however, failed to report how MSU came to be selected as a new home. Whenever asked directly, Marszalek, as we have seen in previous posts here, diverted the question or made useless noises. As the director of the nonprofit that owns the papers, Marszalek could have said anything: "I am professor emeritus and like the place"; or, "They're giving us a nice building"; or, "The truck took a wrong turn and delivered its load here by mistake and we figured, what the hell."

One interview with local press is typical. Marszalek was asked flat out, "Why was Mississippi State's Mitchell Memorial Library chosen as the repository of President Grant's papers?" He answers with irrelevant general background data culminating in

Through the hard work of Mississippi State University Library Dean Frances Coleman, interim MSU presidents Vance Watson and Roy Ruby and the enthusiastic support of MSU President Mark Keenum, we were able to convince the [Grant] Association board of directors that the Mitchell Memorial Library at MSU was the appropriate place to house these significant materials.

In other words he answers the "why" question, "because we were able to convince our board." Was the board faced with one lousy offer?

Marszalek could say anything but he assiduously says nothing.

Hat tip to the gentleman who pointed out today's new clue. It is a university press release which hints as to the membership of the cabal behind the move.

(More on this momentarily.)

Williams, calling in to MSU for the dedication ceremony, laid more fog over the question of MSU's selection. Get this:

The transfer of Grant’s papers to MSU, Williams said, will enhance efforts to understand his legacy as president and as commanding general of the Union forces during the Civil War.

We would have had no chance of understanding Grant's legacy if these papers had gone anywhere else...

The same report covering the dedication contained an inadvertent disclosure by Marszalek:

When Chief Justice Williams, Dean Coleman and I [were] readying for the papers’ arrival, I told them that once the papers were inside the doors of the library, I was going to let out the loudest scream ever heard in Oktibbeha County.

Marszalek is alluding here to difficult negotiations, not difficult logistics. The dean would not be involved in bills of lading, delivery, and unpacking issues.

So the silence of Marszalek punctuated by screams of joy points to haggling over terms and conditions for the housing of the papers. Is the Association going to pay rent? Is it going to get grants? The deal is so secret, even the existence of a deal must be concealed.

Before we leave the dedication reporting, we should note this ominous, mystery-novel element. Marszalek appears to be the only officer present. Williams phones it in. The recalcitrant board members are not mentioned nor are any other officers. The whole point of the Grant Association is the papers and nobody shows up for the momentous event of relocating them.

Now what is this Ulysses S. Grant Association? It was formed in 1962 by the Centennial's brain trust as we see in this contemporary snippet from volume 72 of Ohio History:

ONE OF THE BETTER results of the effort to recognize the centennial of the Civil War has been the establishment of a project to collect and publish the correspondence and other papers of Ulysses S. Grant, supreme commander of theUnion armies and eighteenth president of the United States. To accomplish this end the Ulysses S. Grant Association was created through the efforts of the Civil War centennial commissions of Ohio (where Grant was born and lived his early years), Illinois (which gave him his first command in the war), and New York (where he spent his last years). The association has been chartered as a non-profit corporation by the state of Illinois. Its offices are located in the Ohio State Museum, Columbus, the headquarters of the Ohio Historical Society. Officers of the association are: Ralph G. Newman, Chicago, president; Bruce Catton of the American Heritage, David C. Mearns of the Library of Congress, and T. Harry Williams of Louisiana State University, vice presidents; Erwin C. Zepp of the Ohio Historical Society, secretary; Clyde C. Walton of the Illinois State Historical Society, treasurer; and Allan Nevins of the Huntington Library, chairman of the editorial board. Dr. John Y. Simon of the department of history of Ohio State University is executive director and managing editor.

Note the Illinois charter. Info about the Association, which lacks a website or any other public-facing organ, can be found in the Illinois Secretary of State's portfolio. Its 2008 address was given as the library at SIU which housed the collection: "605 Agriculture Dr, Carbondale, IL 62901-4310." It had "Estimated annual sales" of $138,536.

Now, from our informant's link, we see what may be a board of six people. The identities "exposed" thus far:

I split the last clause into two because the story is written in AP style. AP's treatment of commas tells us this is written about two people not one ex-IRS art guy.

The Museum VP is Harold Holzer.

The former commissioner of the IRS is harder to figure but must certainly be Sheldon Cohen, "current Abraham Lincoln Association Board Member."*

So the leadership consists of Williams, who won an award from MSU and may have connections there; Marszalek, professor emeritus of MSU; Holzer; Sheldon Cohen; and two Grant relatives. Notice there are no Grant authors or scholars whatever in this organization.

If we were investigating a drug cartel, we would now begin mapping our network. Let's see what we can do on the QT:

So, the Grant papers are firmly in the hands of the mobbed-up branch office of a shadowy offshore enterprise we can call "Amalgamated Lincoln Enterprises Inc."

We have our suspects and a trail of dissimulation but the mystery remains. Why MSU?

* Despite this "credential" Cohen does not actually appear on the ALS website list as a board member. In fact, the board roster excludes all members of the rival Amalgamated Lincoln Enterprises cartel. See here.