With the Lincoln Bicentennial almost upon us, we're all going to have to pull together to keep this from becoming a mind-numbing fifth grade civics lesson. This is one of a series of posts proposing seminar topics to keep things lively and honest. These are obviously panels I would pay to hear.

The Ethical and Legal Dimensions of Party Building in Wartime
Lincoln was one of the greatest party-builders of all time, but did he go too far? What are the ethical and legal considerations relating to patronage and party building during national emergencies? 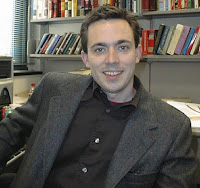 John M. Parrish, thinker specializing in the "dirty hands" problem in politics. Mr. Parrish will put historical and philosophical context around what appear to be Lincoln's "dirty hands," 1861-1865. 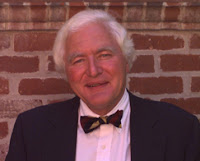 Michael F. Holt, 19th Century political historian and author of The Rise and Fall of the American Whig Party. Mr. Holt will draw comparisons between James Polk's Democratic Party building during the Mexican War and Lincoln's Civil War efforts on the same lines.

Carolyn Stewart Dyer, journalism scholar and author of Political Patronage of the Wisconsin Press, 1849-1860, will discuss the crucial role of press patronage in Republican Party building and how it affected war coverage.

James M. Brennan, Chairman of the Illinois Executive Ethics Commission. Mr. Brennan arranges the annual Abraham Lincoln Ethics Award and will speak on the current limits of patronage in government.