"Was Grant a drunk?" 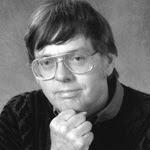 Edward Longacre spends 1,500 words on the subject, "Was Grant a drunk?" on HNN today.

I suppose this is intended as a poke in the eye to those holding that Grant suffered migraines which were mischaracterized as inebriation, or to those more recently proposing that Grant suffered exaggerated effects from occasional small amounts of drink - a kind of allergy. That leaves the school of thought that "Grant did drink, but there is no evidence that it ever affected the performance of his duties. Also, he drank only when he was lonely," as one reviewer has said. The reviewer was recapping Geoffrey Perrett's position, a position elevated to holy writ in (typically unattributed) restatements by the Greatest Living Civil War Historian himself.

There is a clue to Longacre's motivation in the beginning of the essay: "Given the importance of the subject, Grant’s drinking habits should be recognized and examined, not ignored or downplayed as they have been by overzealous defenders of his good name during his lifetime and ever since." Later on he says, "More difficult to gauge is whether this habit hampered his ability to command or (as some observers contend) propelled him toward military success even as it marked him as a failure in civilian life."

Longacre, then, appears to reject the "case closed" declaration by Perrett (and others). He is reopening the question of drink and performance.

Nevertheless, he arrives at a similar place by the end of the essay, which makes this whole exercise so curious. Perhaps he thinks his own position is more nuanced (emphasis added):

Given the high visibility his position attracted after 1861, Grant’s dependence on alcohol might well have threatened his continuance in command. Instead, through a combination of factors -- his determination to abstain when military operations were in progress; a moral strength based on religious values that has escaped the notice of many historians; and the support of relatives, subordinates, and political backers, chief among them Abraham Lincoln -- Grant persevered to play a critical role in ending America’s costliest war and restoring the Republic.

So Grant gets the credit for persevering. His reputation is enhanced.

Unless the door to examining the performance/drink nexus is reopened with this essay (which seems a bit much to ask) this looks to be merely an exercise in authorial self-gratification. Welcome to Civil War history.

Not because I believe he was incapable or a drunk but because it seems opportune, I'd like to share a Grant anecdote with you in my posession transcribed from a letter written by William Franklin to George McClellan. Haven't seen this in print, which is why I offer it excerpted from the longer text. It also gives a sense of Grant's reputation among peers and a taste of Franklin's charming way with gossip.

Your letter of the 19th ult. reached here this morning, and I was delighted to see a specimen of your chiriography once more. I was afraid you had entirely scratched me from your books.

[snip]
Let me give you an instance of Grant's luck. He came to New Orleans last August with Old Thomas. He at once got onto the most tremendous frolic, was drunk and all over the city for forty-eight hours. Then reviewed the troops of the 13th Corps, took lunch and afterwards galloped over an exceedingly dusty road full of splits, tumbled head over heels and was badly hurt - the getting badly hurt was the luck. Had he not been hurt he would have frolicked for a fortnight, the whole country would have believed he sometimes takes a drink, and I doubt whether he would have outlived the frolic. At Vicksburg just before this frolic, he told me that he had drunk nothing since the war began, but Mrs. Grant was about there.
[snip]