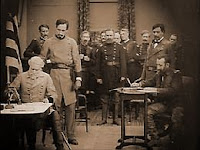 According to my own primitive understanding of Reconstruction, each reconstructed state experienced a legal and constitutional break with the (rebellious) state government that preceded it. A new government was constituted to replace the old.

It makes no sense to me, therefore, that a modern state which is historically, constitutionally, and legally connected to its reconstructed predecessor can take responsibility for laws or events preceding Reconstruction. The Confederation could not apologize for decisions taken by royal governors in the 13 Colonies; the United States could not own the actions (or debt) of the Confederation without adopting these through legal process.
How, then, can reconstructed Virginia apologize for the actions of Rebel Virginia? What is the connection between the two?
Maryland, Delaware, Kentucky, Missouri are different. They are unreconstructed Southern states that had slavery. There is an historical continuity in their governments, Missouri and perhaps Maryland being possible exceptions. If a case were made for apologies, it would have to rest on continuity. In these cases, there is continuity. Here, it would be logical to apologize for slavery but illogical to celebrate a Confederate heritage.
Now, for Georgia or Virginia to celebrate the Confederacy - these states are in the news on that count - this indicates that two states not in the line of the Confederacy are staking a claim for continuity with Rebel governments. It's as odd as if Floridians celebrated the birthday of the King of Spain and thought themselves obliged to apologize for Spanish imperialism.
Even if, on some metaphysical level, the majority in a state could pretend to own the heritage of the Rebellion, it does not follow that it actually "owns" that past, the past of repudiated political organizations, institutions, and personalities. New political institutions were formed specifically to break with that past. That past was legally and historically buried by the most powerful means available to federal and local government.
Any vicarious psychological identification with a destroyed government and its personalities is a curiosity, not a charter for moral posturing as heirs of a destroyed constitutional order.
I hope this last thought is not too confusing: it may be internally consistent for those modern governments celebrating the heritage of Rebellion also to apologize for slavery. But consistency does not make such apologies legal or logical - it just means that this weirdness is internally consistent and has been taken to the next level.
You can't own a Confederate past by staging Confederate celebrations if you have been reconstructed. You can't apologize for slavery if there is no connection to the Slave Power.